The VHF Group were requested to provide safety marshals for the “Bike the Trail” event again this year. This is a public 26km cycle ride from Harcourt Park in Upper Hutt, or a reduced 12km ride from Stokes Valley, down the Hutt River Trail to Hikoikoi Park at the mouth of the Hutt river at Petone. The ride is designed as a safe non-competitive family cycling event, which promotes cycling as a fun, healthy, safe means of transport and recreation.

The organisers, the Leisure Active Business Unit of Hutt City Council, had set the course and defined the trail hazards. Their risk management policy called for a Head Marshal, in a roaming assignment, and fifteen Trail Marshals, who were spread throughout the trail.

All marshals were linked by our own radio system using the Belmont 710 vhf repeater. The Head Marshal was the contact point with the event organisers and with the medical service provider, Wellington Free Ambulance.

Prior to the event Rick ZL2TVY and Dick ZL2TGQ surveyed the entire trail, photographing the hazards and noting the GPS locations of the marshal stations. There were several changes and improvements to the route of the trail this year, with new sections, and with new seal where there the surface had previously been gravel. 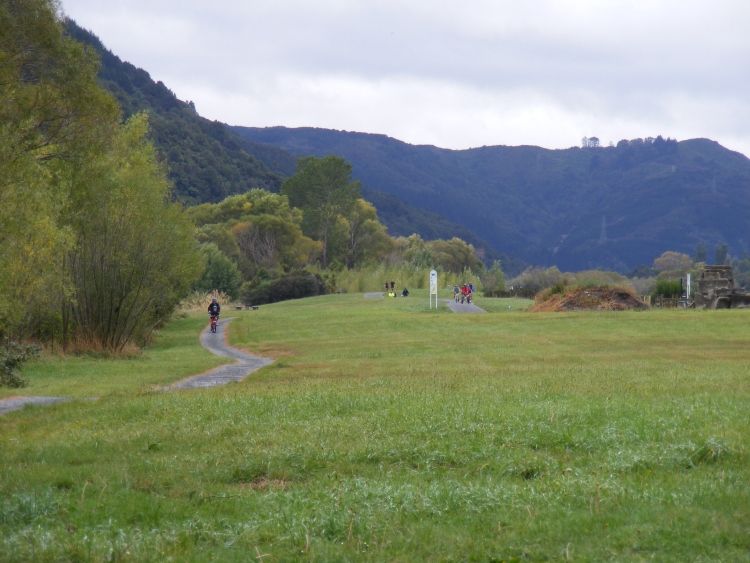 The weather on the event day was miserable, with cold southerly winds and intermittent showers. As a result the numbers of riders was down to approximately 1000, where the previous year saw 1700 turn out for the event. There were no serious injuries, although there were the usual bumps and grazes that required first aid attention by our marshals. At the end of course party the two bands scheduled to provide entertainment were cancelled, however the sausage sizzle went ahead as planned. The sizzlers reported that a lot of riders doubled their orders for sausages!

As a result of the good response to the call for volunteers for the marshal jobs, we were able to assign extra marshals at positions which whilst not on the organisers formal list of trail hazards, were considered a bit dicey. These worked out well and we will recommend to the organisers that these become permanent positions for future Bike the Trail events.